Anti Virus is one of the important applications that must be on Android. With the Antivirus, your Android smartphone will be safe and protected from viruses and malware that will attack your files and documents. This article will recommend you when you vote The best antivirus on Android.

Of course, you have to be careful when choosing Antivirus for your Android smartphone! Do not let the Antivirus install, but your smartphone will be the even worse condition. Therefore, this article I made so that you are better in terms of choosing the best Antivirus application for your Android.

Immediately, here it is an explanation of the 10 best Antivirus applications that you must have on your Android cellphone, friends.

In the first place, there is a giant company that has been very well known as one of the best Antivirus companies today, Avast. Avast Antivirus is available in a paid and free version. However, the free version of Avast is supported by advertisements.

Don’t worry, the free version of Avast also has many features that you can use to protect your Android. These features include: call blocker to block certain numbers, anti-theft, which allows you to remotely lock your smartphone remotely and the firewall.

Another interesting feature that you can get is in-app locking, which functions to lock certain applications with a PIN or password per application. This feature will prevent applications from being accessed by malware when dealing with the internet. Highly recommended if you have a banking application on your smartphone.

Bitdefender is one of the well-known Antivirus today. This antivirus is ranked second-best Techhow version of Antivirus. One of the advantages is this application is a lightweight application and does not take up much space on your smartphone, you know!

Another interesting feature is the scan feature of all files and applications that have just been installed and features anti-theft to protect your smartphone if it is lost or stolen. This Android Antivirus application also doesn’t run in the background – background – so that you can save your cellphone battery.

Bitdefender also has a Pro version if you want to buy it and can trial for 14-days. However, with the free version of Bitdefender, you can protect your smartphone from harmful malware. Of course, this application is equipped with features real-time scanner and Google Chrome’s protection. 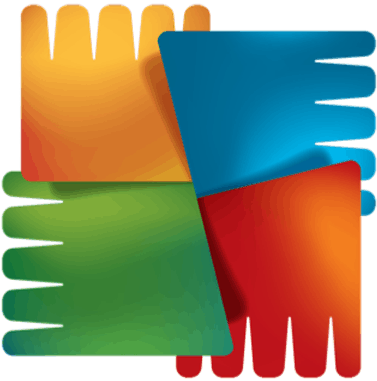 AVG is an Antivirus for Android with full smartphone protection features. Excellent features of this application include a wi-fi security scanner to monitor secure public internet networks, app lock to protect each application and photo vault to protect files on your smartphone.

Other interesting features are also available on AVG to support the performance of your Android, such as stopping applications that are not used, disabling smartphone settings that consume a lot of battery, and delete cache and junk files from your smartphone.

AVG also has a feature to lock the SIM Card if someone replaces it, call blockers and free VPN. So, AVG is one of the best Android Antivirus now.

McAfee is ranked 4th as the best Antivirus version of TechHow. Why? Because this Antivirus is very well known for Android and even PC protection applications. The excellent feature of this application is, of course, the automatic scanner that can detect danger in Android.

Another cool feature that is owned by McAfee is the lost device tracking feature. This feature can function to erase all data in your Android and can also lock the device so that those who find a smartphone cannot retrieve that data.

Even this feature can take pictures of people who take your Android, you know. Of course, McAfee can also protect your Android from harmful malware, certain blacklist numbers, and protect from opening insecure websites.

Then there’s Kaspersky on the list of the best Antivirus recommendations on Android at the moment. Kaspersky is also a big name like Bitdefender and Avast. This application has been tested as a detector with a 100% success rating in the AV-Test.

This antivirus will protect you when browsing, more precisely, before you click the link on a particular page. Kaspersky can also be used on Android Wear. You can download and install the application for free and powerful features to protect your Android device, friends.

Sophos is one of the mainstay Antivirus at this time. Although rarely heard its name, Sofos is the best version of the AV-Test Antivirus application. Cool again, this application can be installed free of charge and without any adverts in it.

Sofos can protect important sensitive information so that it does not leak and be stolen. This application can also have an automatic scanner that is scheduled to look for malware in Android files and folders. In case you lost an important file due to a virus, try it on how to restore important data this.

Often hear the name of Antivirus Norton, right? Yes, this Antivirus application is included in one of the best Android Antivirus recommendations at this time. Norton Antivirus can detect malware inside and outside the application and delete it automatically.

Another very useful feature is that it can lock the smartphone via SMS, or the SIM Card is revoked. You can also activate the lock device feature if your smartphone is far enough away from you and also if you enter your password incorrectly in 10 attempts.

Trend Micro is among the best applications for Android Antivirus right now. Different features of other Antivirus are integrated with your Facebook account. If your Facebook profile posts unclear and dangerous information, then Trend Micro will delete it automatically.

This application is also famous for parental control to monitor your family’s devices to stay safe. Other features include a call blocker, text filtering, safe surfing, and, of course, malware scanner. So, consider Trend Micro when you want to install the best Antivirus on your Android smartphone!

AhnLab is an Antivirus originating from South Korea. This application is not as famous as the Antivirus application in the list above but has good performance to protect your smartphone from dangerous malware.

This application also has a built-in booster to improve the performance of your Android. An interesting feature that AhnLab has photo privacy. This feature can hide your photos that are private or confidential from the smartphone photo gallery.

Avira is the last best antivirus recommendation list. Avira’s name has been famous for a long time for PC Antivirus. This application works by scanning files on a smartphone, including files on an SD Card.

Feature safeguard identity is a superior feature in this application. This feature can check emails regularly to protect the security of incoming files in an e-mail. This application is also famous for being able to protect your smartphone-based web-based management portal safely.

How to take screenshot Redmi 9A

How to Edit PDF in Google Drive