For smartphone users, screenshots are a common thing to do. But not many people know that you can take recording the entire smartphone screen.

Screen record is usually only popular among gamers who want to show their abilities in a game, especially in making video content in the form of tricks and tips. It is also often used for entertainment such as memes, Spotify video recording, and many more.

There are several smartphone vendors that already provide screen recording features including OnePlus, Xiaomi, Sony, Huawei, and Honor. However, there are those that do not yet have this feature so I will invite you to know how to easily record video screenshots on the screen.

How to Easily Record Your Gaming Session on Android

If your smartphone vendor already has a screen capture video recording feature that I have mentioned above, you just need to activate it in the Quick Settings or listed on the power button which is only pressed. 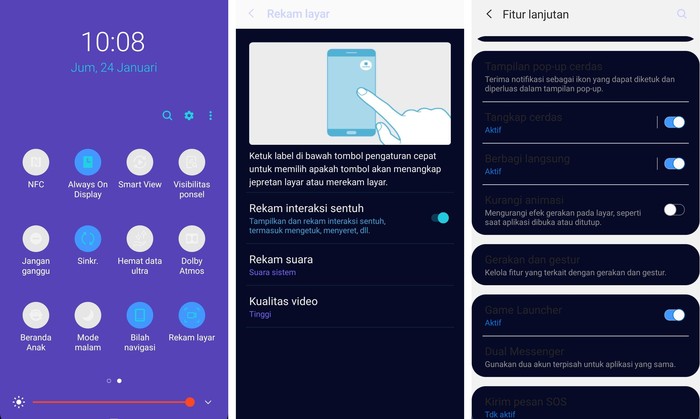 First, you must download Google Play Games and YouTube first. Second, select the game that you want to record and make sure to press the application icon, not Play. Third, tap the camera icon at the top of the screen. Fourth, choose your video settings, then click Next.

Next, you will see a video menu appear in the corner with the face along with the microphone or camera settings. Finally, press the record icon to record your video game and press Stop when you want to finish.

The recording will later appear directly in the smartphone gallery. You can also edit it with third-party applications or on YouTube directly.

I myself use the Android Application Package (APK) specifically for the Samsung A7 that I get outside of the Google Play Store. Additional video recording APK for Samsung A7 in my opinion is easier than using a special Samsung Game Launcher.

Once installed, this APK is similar to the default application and will automatically add to the Samsung A7’s advanced features. The Record icon will automatically increase or you just add it to the control panel on the top screen of the smartphone.

You just press the video record icon and it will automatically record easily. You can also adjust the sound and picture quality as you wish.

How to Record a Phone Call on Android

How to Change Biznet Wifi Password and Home Bolt