Similar to what happens with our iPhone or iPad, the Mac has three states of activity. Off, on or at rest. In fact, if we went into details there are various degrees and types of rest, from a screen shutdown to a disk shutdown or deep sleep. When we are using our Mac it is on and sometimes, especially if we perform actions in the background, while we are away from the computer it is necessary that it does not go to sleep.

If we talk about preventing Mac from going to sleep there are many third-party apps inside and outside the Mac App Store that fulfill this function. It is important to say that some do it better than others but in general they all achieve their goal. However, and especially with the intention of reducing dependence on third-party apps, we can use Terminal to achieve the same goal.

Among the advantages of using Terminal we have:

How to Prevent Mac from Sleeping

Read Also How to Change Margins in Google Docs

Step 4. Click on “Prevent computer from sleeping automatically when the display is off” option.

Step 5. Or, you can also drag the slider to control the display’s sleep to Never.

How to prevent Mac from going to sleep

Like all Terminal based tutorials, we will open it first. We can find the app in the Others folder inside the Applications folder or use Spotlight (Command (⌘) + Spacebar).

Then we will copy and paste the following command (without quotes): “caffeinate -ids” and press Enter (↩︎).

We will see that the Terminal window is executing the command, now we simply minimize it with the peace of mind that our Mac will stay awake.

What does this command mean 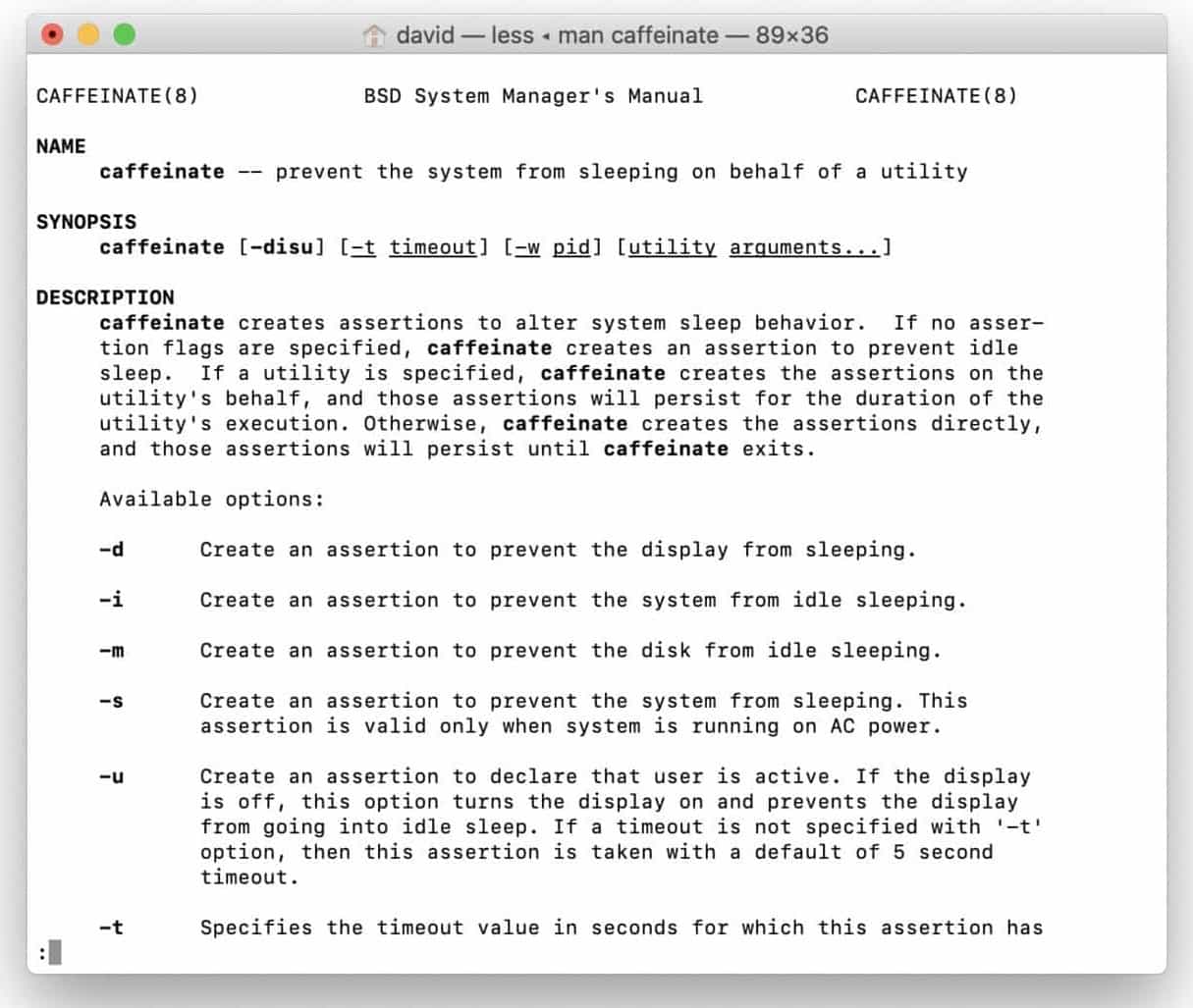 If we are curious about why we have to write this strange command and no other, I will give you a brief explanation :

A simple explanation, right? And by the way, if we want the Mac to be able to fall asleep after a certain period of time, we will use “caffeinate -idst X” where X is the seconds after which the Mac will turn off this command and go to sleep.

How to Empty Trash on Mac

How to Delete All Messages on Mac

How to Delete iMessages on Mac