On Chromebook, you can easily take a Screenshot using various Methods. You can use the short cut, third-party tools, and Side Buttons if you are using it as ‘Tablet’ device. Let’s start and learn how to take a screenshot on a Chromebook?

How to Take a Screenshot on a Chromebook

Here we will tell you the simplest methods to take a screenshot on your Chromebook without using any third party tool.

Follow the below steps for taking screenshots on Chromebook:-

Step 1. For take a screenshot on a Chromebook, first, you have to go to the keyboard of your Chromebook. Now you have to press the combination of some keys for capture screen on chromebook.

Step 2. If you want to capture the whole screen on Chromebook, just simply press the “Clt+Window Switcher” keys together. 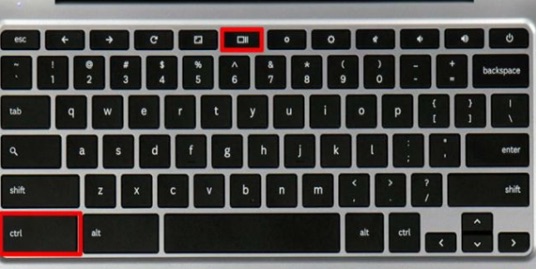 Step 3. And if you want to take a screenshot of some specific area of the screen, then you have to press “Clt+Shift+Window Switcher” keys together.

Step 4. For view or check the Chromebook screen capture you have to go to the “Download” folder of your Chromebook, as all the screenshots saved in this folder.

Note: If you using an external keyboard, then the shortcut keys will be “Ctrl+F5″ and “Ctrl+Shift+F5”

That’s It. So simple.

Method #2. Using the Side Buttons

Built-in methods will work for you, but if you want some additional feature for ex: Delay Screenshot, Recording of the screen etc, then you can also use Extensions.

One of the best Screenshot Extension is Nimbus Screenshot and Screen Video Recorder.

As the name depicts, this tool will take screenshots and also record screen for you. Give it a try!

These are the best and simple methods to take Screenshots on your Chromebook. If you know any other way then you can share it in comments. Thanks.